One of the most important instant messaging programs on the internet is WhatsApp. WhatsApp is used by over 1 billion individuals in over 180 countries to send messages, make video and voice calls, and share photos, videos, and other media with their loved ones. This program can be used for calling and texting at no cost, and it is rather straightforward.

Check out Facebook’s Negative Effects on Teens if you haven’t already. A similar article on how social media affects teenagers. It is a crucial social media tool that has impacted the minds of contemporary users, particularly teenagers. The following list of advantages and disadvantages, however, is of it.

1. It is a cost-effective app

WhatsApp is a free messaging software that teenagers use to communicate. The social networking app “WhatsApp” is being utilized for free everywhere there is internet access. Additionally, the software allows users to phone pals anywhere in the world. Nowadays, youth are also earning money from WhatsApp. Do you know that there are many ways to make money on WhatsApp?

2. WhatsApp has become a platform for e-learning

Similar to other study-related platforms like the Blackboard environment, teens today hone their technical skills via WhatsApp. The software encourages knowledge exchange between classmates and between pupils and teachers. Teenagers now have a place to express themselves freely and without boundaries thanks to WhatsApp. As a result, Whatsapp has assisted teenagers in eradicating low participation in lectures in the classroom.

There are many hallmarks on WhatsApp. Sending audio and video messages up to 16 Mb in size and attaching files up to 100 Mb is possible immediately (PDFs, spreadsheets, and slideshows). The contacts from the users’ mobile phones are automatically imported when the application is installed, providing users with information. One can communicate information about their whereabouts on WhatsApp as well.

4. A community of like-minded friends

Smartphones with Whatsapp installed are almost universal among teenagers. On WhatsApp, groups are formed by like-minded youth, who then discuss and share information about facts and figures relating to a particular subject. This has emerged as the quickest means to exchange knowledge, talk about specific problems, and advance it. The teenagers also share jokes and memes with their pals, using the app to spread comedy and make them happy.

5. WhatsApp does not have advertisements

Several annoying advertisements interrupt users’ attention on websites and in various social media applications. Ads are absent from WhatsApp. The user experience is fantastic, and the software is not hampered by excessive advertising. This makes it possible for pupils to converse freely without being interrupted.

WhatsApp provides End-To-End Encryption as a security measure. That indicates that all files, voice messages, photographs, and videos are protected against hacking. End-to-end encryption provided by WhatsApp makes sure that nobody can get in the way of your communication with the other party. Additionally, it offers a capability for blocking undesirable contacts dubbed “Easy Blocking Option.” 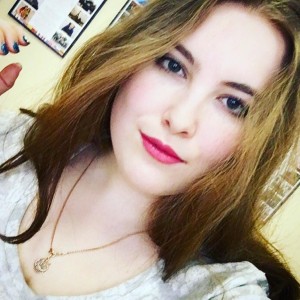