There is no denying our enthusiasm for eating sev. And we cannot suppress our urges for anything, especially Ratlami Sev.

There is no denying our enthusiasm for eating sev. And we cannot suppress our urges for anything, especially Ratlami Sev. Nowadays, obtaining crunchy and delectable Ratlami Sev is really simple because of the Indori ratlami sev shop in Mumbai. Most trains from Western India or Southern India to Northern India pass through Ratlam, one of Madhya Pradesh’s important junctions. This area is well-known for its appetizers, but Ratlami Sev Namkeen is one savory that has a particular place in the hearts of food aficionados.

Ratlami Barik Sev mostly tastes like cloves (thus why it is also referred to as Jheeni Sev), but it also has a strong flavor of black pepper and carrom seeds. Although it has a distinct and crunchy feel, it melts on the tongue when eaten.

A popular spicy Indian snack called Ratlami Namkeen is made of tiny, crunchy noodles made from besan or gram flour that are then spiced with black pepper, cloves, cayenne, turmeric, and carrom seeds before being fried in hot oil. The thickness of these Sev/ Namkeen can differ. Different Sev/Namkeen that are ready to eat, such as Ratlami Laung and Sev. You can easily order any type of ratlami sev like Double Long Sev, Lehsun Sev, Poha Sev, Masala Hing Sev, Kadak Dankhal Sev, Chatpati Sev, and Ujjaini sev online as well.

We can already taste Ratlami Sev from the word alone. In the nineteenth century, a random event led to the creation of this delicious snack. The Indore Online, details Ratlami Sev’s history in this article.

Currently a small town in the Malwa region of Madhya Pradesh, Ratlam was once a royal state with a rich history and culture. The majority of long-distance trains from the west and south of India travel via Ratlam, formerly known as Ratnapura, on their way north. Ratlam is a significant crossroads in Madhya Pradesh.

Raja Ratan Singh Rathore, the great-grandson of Raja Udai Singh of Jodhpur and the son of Mahesh Das of Jalore, founded the Ratlam State in 1652.

The latter, father and son, had provided the emperor Shah Jahan with vital military services by defeating the Persians and Uzbeks in Afghanistan. They received sizable territories in the northern Malwa and southwest Rajputana districts as compensation for their efforts and in recognition of their outstanding bravery.

Ratlam was eventually translated from Ratram, which was named after Raj Ratan Singh and his first son Ram Singh, and served as their capital.

This fragrant, acidic crispy sev can be used as a garnish, side dish, component, or as a snack. The popular local breakfast dish Indori poha is always served with two different kinds of sev. The curries that have already been made receive a few sev by Indori ratlami sev shop in Mumbai.

In Ratlam and the surrounding districts of Madhya Pradesh, Gujarat, and Rajasthan, sev is so revered that even dishes that ordinarily do not call for it are served with a handful on the side.

We’re bringing you a unique sev that claims Ratlam, MP, as its birthplace, hence the name Ratlami Sev from the Indori ratlami sev shop in Mumbai. The popular crispy fried snack known as Ratlami Sev is made with gram flour, groundnut oil, iodized salt, spices, and condiments and is produced by Ratan Sev Bhandar, also in Indore. Ratlami Sev is a favourite, especially around Diwali season, and has a cult-like following because of its unique texture and flavor.

Through our website Indore Online, you can place an order for this delicious snack and then sit back and decide whether to eat it with evening tea or give it as a gift to someone who likes spicy and salty nibbles. Or even both! So do try ratlami sev from our shop and we can assure you, you are gonna love it. 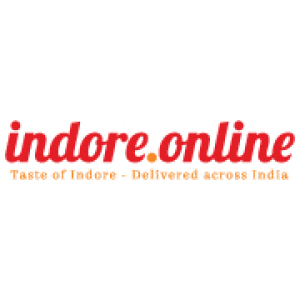