16 Famous Accessories In The World.

Want to learn about the most famous accessories in the world? The best designers are making history with their designs.

Hermès Carré
In the year 1937, Hermès Carré, a hand-made silk scarf was designed in Paris by Robert Dumas.

It was made from Chinese pure silk in a square design (Carré means square In France) typically 90cm X 90Cm in size.

Because it was hand-made its production lasted from 6 to 18 months.

At this time the high-society fashion women in Paris were amazed by the quality, the colorful design, and the attention to detail.

After almost 100 years, more than 2000 designs have been made by Hermès.

Until this day it is one of the famous accessories worn by men and women all over the world. They can be worn around your neck, as a top, at the waist, or as a headscarf.

Chanel 2.55 Handbag
Coco Chanel created this handbag in February 1955. That was the reason the 2.55 bag was named.

The real fact is that the original 2.55 handbag was designed by Gabrielle (Coco) Chanel in the early 1930s.

Even the original handbags are very rare now and the sellers and shops do not know the real facts, you can see below the difference from the 55 edition.

The quality control process has been unchanged throughout the almost 70 years the 2.55 bag is in production.

All the following details are inspected in each bag:

Many variations have been manufactured since the original version.

For the 50th anniversary in 2005, designer Karl Lagerfeld released the “Reissue 2.55”. It was based on the original design of Coco Chanel. All the 2.55 Chanel bags are today based on this reissued edition.

The only difference is in the bags that have the CC logo lock, they are called classic flaps.

This iconic handbag was always expensive. From the first lunch in 1955 the prices went up each year.

After all this legendary bag is an investment and an art piece.

Stilleto
Named after the dagger, the stiletto shoes went popular after WWII, probably by French designers like Roger Vivier, André Perugia, or even Charles Jourdan. Also, many believe that the Italian designer Salvatore Ferragamo was the inventor of the stiletto heels. He was also known as the “shoemaker to the stars”.

Today it is a fashion must for women who want to be a symbol of sexuality and fetishism.

This high-heel shoe (with a length from 2.5cm to 25cm) gives an optical illusion of a lengthened leg, arching the foot and crushing the toes. This forces breasts and buttocks to form a posture of sexual encouragement.

They even force the wearer to take smaller steps, that’s why stilettos give the feeling of a woman that can not run, which is an easy target for attack.

Wearing stiletto heels creates more problems in the body. Because the weight is all forced into a small area, it can cause skeletal and muscular problems. For the same reason, they can damage hardwood floors and carpets.

For a femme fatale look you need to wear stiletto shoes. For more than 20 years women wear them in the working environment and in casual outfits, proving that stiletto shoes are iconic and a piece of art.

Want to read more? Check the full article at https://laoutaris.com 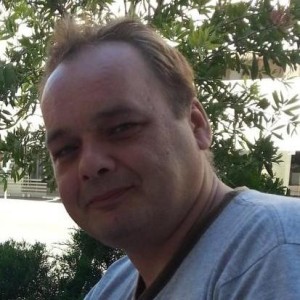