How many types of Hackers?

As we rely on technology in our daily lives, malicious hackers and other highly skilled computer users may find us a tempting target.

As we rely on technology in our daily lives, malicious hackers and other highly skilled computer users may find us a tempting target. New ways to exploit vulnerabilities in networks and computer systems are revealed every day. According to research from the cybersecurity firm Forescout Technologies, billions of domestic and commercial devices, including those that power key infrastructure, were ready for the seizing by an ambitious hacker looking to cause damage.

Hacking is the act of entering into an IT network system or other digital equipment without authorization. Hackers breach into a system to do damage or to expose vulnerabilities in the current security posture. Mostly, hackers are highly skilled individuals who acquire an in-depth understanding of programming languages and operating systems, discovering weaknesses in systems and the source of those vulnerabilities.

There are generally seven (7) types of hackers, including

Black hat hackers breach secure systems intending to do damage. When you think of a typical hacker or cyber attacker, you probably think of black hat hackers. These individuals can cause severe harm to individuals and organizations by obtaining private or sensitive information, corrupting whole systems, or modifying essential systems.

Gray hat hackers implement strategies similar to white and black hat hackers. However, they are not engaging maliciously.

Script kiddies are novice hackers who lack the knowledge and experience of more experienced hackers in the industry.

Green hat hackers are determined to learn how to carry out cyber attacks at the level of their black hat opponents.

Hacktivist is a combination of hacker + activist. As the name suggests, these hackers have a political motive behind carrying out the attack.

These hackers are also called malicious insiders because they sit inside an organization and try to leak out the confidential information of the organization.

Botnet hackers are very popular these days. They are malware coders who make bots to attack multiple devices at once. Most of the time, they go after routers, cameras, and other Internet of Things (IoT) devices.

You can obtain an ethical hacking certification to learn more about evaluating and improving the overall security posture. InfosecTrain offers Certified Ethical Hacker (CEH v12) certification training to help people understand and use hacking tools and techniques to hack into an organization with authority. Enroll now to learn from our world-class trainers. 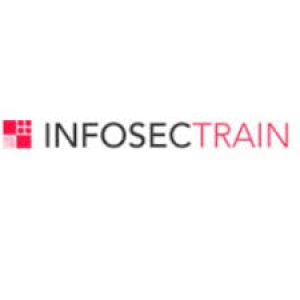