Check Out All About The Minecraft Enchanting Table Language

Any Minecraft player’s gameplay includes enchantment of items. Each enchantment demands a significant amount of experience, which is difficult to get when playing without modifications. Additionally, odd symbols are seen when you select to apply an enchanting table to find it, particularly an item. You can easily read and understand these languages which we talk about in this article about enchanting table language and discuss more about the enchantment table.

The phrase “enchanting table language” is misleading because neither the characters nor the language are from Minecraft.

It is the “Standard Galactic Alphabet” from the early 1990s video game series “Commander Keen.” You may decide for yourself if this is a heartfelt tribute, a clever easter egg.

The Standard Galactic Alphabet is based on the so-called monoalphabetic substitution theory. This implies that each character corresponds to a particular letter of the alphabet, making it simple to translate words letter by letter.

How to use your enchanting table?

Go over and interact with the magical table after it has been placed. It will reveal a fresh UI. You may place a quantity of lapis lazuli and the object you wish to enchant on the left, and then on the right, you’ll see some scripture that indicates your option of enchantments or the enchanting table language that are rolled at random. Hovering your cursor over one of the symbols will reveal one of the available enchantments.

How to understand the enchanting table language?

As long as the player is following a correct chart, every Galactic letter may be translated into a Latin alphabet letter. You may get these charts online by Searching on the internet for “Galactic alphabet translator.” However, the words are just some fun easter eggs and nothing much important.

How to improve your enchantments in Minecraft?

Well if reading the article this far then now you should know about the enchanting table language. But there are many other things that you may wanna know such as how to make improvements in the enchantment table so you can make better enchantments from it.

If you manage to create one of these tables early on, don’t hope for the greatest enchantments because, in general, enchantments in Minecraft increase significantly with experience level. Placing a bookshelves close to the enchanting table with a one-block boundary will also raise your enchantment level.

You must make 15 entire bookshelves borders in order to unlock the highest enchantments.

If you run out of room, the easiest way to position them is to build a second row of bookshelf blocks.

How much does it cost to enchant an item?

The experience you get through taking out enemies, raising animals, mining materials, or utilizing your furnace is what you pay to have items enchanted. For instance, if you reached level five and performed a level three enchantment, you would drop to level two. More levels are required for greater enchantments. The maximum level of an enchantment is 30, and higher-level enchantments require bookshelves to surround the enchanting table. You need a total of 15 bookshelves to reach the maximum tier of enchantment. Knowing the enchanting table language will help you better to understand the process. 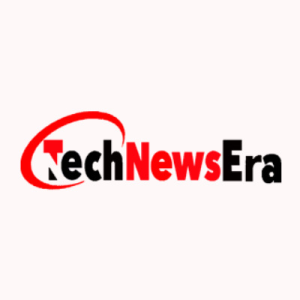 All Posts
PrevPreviousWhen to take a pregnancy test calculator?
NextMarine Battery Market Share USD 2,055.8 By 2028 at a 17.05%Next