Travel Sundarban, behold the amazing beauty of this National Park with our Winter Holidays Special Sundarban Package Tour from Kolkata.

Before knowing about the exquisite Sundarban Package Tour you should know about this diverse land of animals & trees. The word ‘Sundarban’ means beautiful forest, which is a Bengali word and more openly justifies the land’s rich nature and beauty in one way. But this land has its original name from its most growing mangrove tree called ‘ Sundari ‘, which you can witness in every inch of this place. You must have heard about these aerial breathing mangrove trees right? Sundarban is the only place where you can witness them. Not only Sundari’s trees, but this place also has other 28 species of mangroves like Hetal, Chapman, Gewa, Golpati, Gurjan, Dhundul and Keora. So, there is no doubt why it is called the ‘World’s largest coastal mangrove forest”.

For the highness of this land, it is like 10 times bigger than the city of Venice! So, if you have yet not visited this place it will be a great loss. Stretched across 14000 km in the delta of Ganga, Meghna and Bramphaputra this place comprises India and Bangladesh. Plus, the world-famous Gosaba or India’s largest island is also here! As it covers the 40% area of Sundarban, it has the most important needs of the regions like schools and hospitals.

The popularity of Sundarban is also found in various pop culture references, where various films have been shot. The presence of the world’s most endangered species, the ‘Royal Bengal Tiger’ (Panthera Tigris Tigris), the national animal of India, makes this place rare. More than 200-300 tigers are now breathing in Sundarbans so while visiting here you can also cross paths with this famous predator. Besides, other endangered species like terrapin, estuarine crocodile, and Ganges dolphins also make Sundarbans a world-class wildlife sanctuary.

On top of everything, Sundarban’s mangrove ecosystem was also evaluated as endangered by many researchers so you should visit here very carefully and not be harmful to its nature.

Most of all, the presence of animals like the leopard cat, crocodile, King crab, green sea turtles, King cobra, Wild Cats, Barasingha, Spotted Deer, Hog Deer, Barking Deer and more than 248 species of birds like the Black-hooded Oriole, Mangrove Whistler, Cinnamon Bittern, Swamp francolin are seen here. And this is the one favourable point to visiting Sundarban as the mesmerizing chirping of birds is hard to find in our crowded city life.

Before visiting this land of mysteries and adventures you must know some facts about this place. So, let’s have a quick glimpse of Sundarban with the following pointers!

After knowing these intervening facts you must already know that Sundarban is a place that is worth visiting! 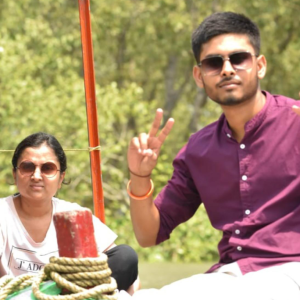